About the award:
Members who receive this award are considered part of the Diamond Club Hall of Fame. It is awarded annually to a local umpire.

Despite the fact that he had no sons, he spent evenings and Saturdays each year fulfilling his role as League Commissione r, Umpire in Chief, coach and teacher for the 83 teams making up the Hamden Fathers' Baseball Association.

He would line up umpires, keep their payroll records, conduct training clinics, attend games, keep performance ratings on his staff and supervise the entire program.

Born in 1922, Gassira graduated from Commercial High School, entered the U.S. Army was discharged, and then entered J.C.C. College under the G.I. Bill. He graduated from the Baseball Umpiring School in Bartow, Florida in 1948 and worked with the New York Yankees. He umpired in the AAA Baseball System in Georgia and upstate New York. He then got married and went to work for G & O Radiators where he became a draftsman and worked there for 31 years.

Gassira was a basketball coach for the Trowbridge Rec Center in New Haven and also refereed high school and college basketball. 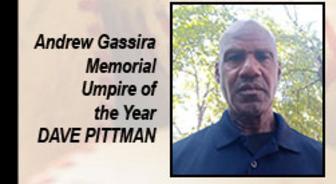