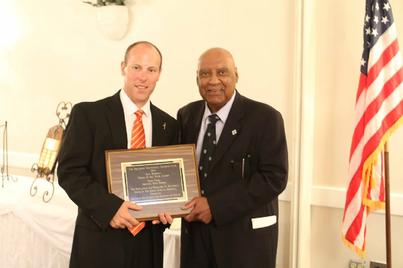 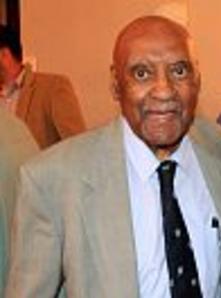 The coach of the year award is given annually at the "There's No I In Team" banquet in June. The recipient is an area high school coach as voted on by his peers in the Southern Connecticut Region.  The award honors coaches whose team shows sportsmanship and a positive attitude.

The 2022 recipient is Nick Cerreta of Xavier High School.

The award is named in honor of legendary coach Samuel A. Burrell, Jr.

Sam taught in the New Haven school system and worked in the central office of the physical education department. He coached baseball at Wilbur Cross High School and later was the head baseball coach at Hillhouse High School. He also coached American Legion Post 47 baseball from 1956 to 1967 and won several zone championships.

****We are saddened by the loss of one of our founding fathers, Sam Burrell.   Sam was instrumental in both the original Diamond Club in the early 1980's, as well as working with the group who re-established the group in 2005.  A first-class gentleman who would do just about anything for the youth of our community, Sam's loss will be felt deeply.   Thank you, Sam, for all that you've done. We hope the Diamond Club will continue on the mission - to foster and promote the game of baseball - that you helped to establish.***